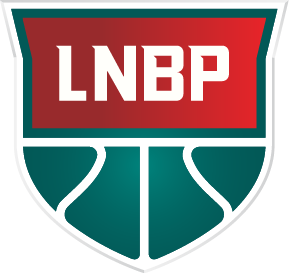 The National Professional Basketball League (Spanish: Liga Nacional de Baloncesto Profesional or LNBP) is the top professional basketball league in Mexico. The league was founded in 2000 with 10 teams. Despite its short history, the LNBP has established itself as the one of the most important basketball leagues in Latin America.

Famous basketball players who have played in the league include Jamario Moon, Dennis Rodman, Sun Mingming, Horacio Llamas and many others.

In January 2000, some teams of CIMEBA (Circuito Mexicano de Básquetbol), the national basketball league in Mexico at the time, exited the league, citing CIMEBA's financial difficulties, and decided to form a new league. On March 11, 2000 the league was founded in the city of Durango with 11 teams participating. These were the founding teams, with the respective city and state:

The first president was Modesto Robledo. The LNBP set out to support and develop professional basketball in Mexico. The first edition of the league started on August 7, 2000 and finished in December, with the regular season finishing on November 11 and the playoffs starting on November 14. The first game was played in Torreón between Algodoneros de Torreón and Dorados de Chihuahua at the Auditorio Municipal: Dorados won, 80–78. The league coexisted in its first seasons with CIMEBA.